Description
Nobody is quite sure where the Bell Fairies came from originally, and they’re so illusive that nobody has been able to nail down their life cycle. They are anywhere from ten inches to a foot tall, and appear to be alabaster-skinned humans with two foot wide feathered wings, like that of a large dove’s. They love to sing in their strange, angelic tongue, and they all carry bells of a unique tone, which they use to augment their sharp, beautiful songs. It is said that plants grow faster, wounds mend quicker and better, dreams become sweeter, and foul memories fade in the presence of their songs. Supposedly, they can be drawn with offerings of sweetmeats and honey, along with a well-sung song, though it is more likely that the song which summons them is the verbal utterance of a specific Truth. Regardless, if one shows up, it will sing its tune and stick around just as long as it is provided with the sweets it so desires, and some monasteries and hospitals have a long tradition of placing sweets and honey outside for a specific Bell Fairy or group of them who live nearby. When several of the creatures sing in concert with one another, it is said to be so sharply beautiful that it could move even the most unfeeling, callous person to tears.

Location
Usually in well populated areas, or around wellsprings of magical energy.

Behavior
Friendly, generally, though they tend towards elusiveness.

Danger Level
None. If something threatens them, they tend to use a Truth to simply disappear.

Strengths
Very fast, and they have access to many truths. 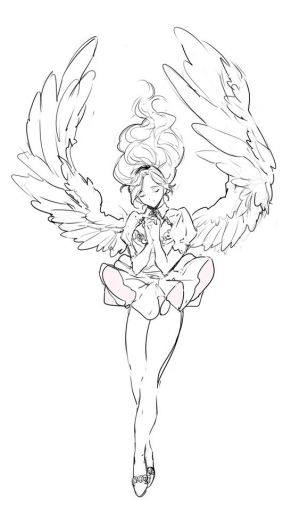