Description
Sentient undead comes in as many forms as there are sentient creatures, as almost any sentient being capable of understanding Truths may uncover the proper truths necessary to gird one’s flesh against aging and death. Indeed, the very first sentient undead was created by magi seeking to extend their lives beyond the bounds of mortality. They found what they sought, but at a great price; Eternal life, for a life spent unliving. In order to become a sentient undead, one must know specific truths and use them in a ritual, not unlike that which Covrudurth uses to trap unfortunate, unwilling souls inside their bodies. The primary difference is the nature of the severance between the soul and the body. When Covrudurth splits the two, he maintains only the most tenuous of connections, just enough to lock the soul into the flesh of the body, while when a necromancer seeks to do the same, he severs the two entirely. Only through ritualistically scarring exact marks onto his own or a host’s body, just above the heart and between the shoulder blades, a necromancer can then reinhabit the body. Though the body immediately becomes a corpse without the soul giving it life, it is preserved through constant use of necromantic energies, forced into it through the necromancer’s will. These energies rapidly destroy the corpse, withering it away even as it stubbornly refuses to rot, and so one can only live in this body for a matter of years, fifteen at most, before it collapses in on itself, turning to so much dust and consuming the soul within. Generally, necromancers seek to find a new “host” to steal the body of before this happens. Due to this, they almost always choose humanoid forms, who they do not have to learn to control, and who have opposable thumbs to easily perform this ritual again. Occasionally necromancers use this as a “gift,” both to make their subjects stronger and more capable, as a sentient undead does not feel pain, nor get tired, but also as a means of control. After all, if they do not teach the new undead the secrets of their creation, they rely entirely on the necromancer to keep them alive.

Location
Anywhere, though Covrudurth tends to sever their connection for unknown reasons, turning them into normal zombies, so they tend to stay away from the tundras. Frequently found in civilizations, where they have an ample supply of new victims so long as they can remain undiscovered.

Behavior
Typically not outright hostile, they tend to attempt to infiltrate societies for various purposes. Frequently the footsoldiers of more accomplished necromancers.

Danger Level
Medium. Without any pain, one can leverage much more strength, and with a mind directing this strength, sentient undead tends to be significantly more dangerous than their mindless cousins. 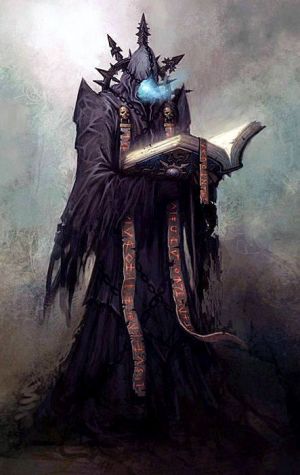