Description
On rare occasions, Covrudurth or one of his dragons will use a soul to create a much longer-lasting and more powerful undead creation, known as a Phylactery Construct. Sometimes this is done as a reward for someone who has done well by one of these dragons, and sometimes this is done as a punishment for someone who has particularly offended the Lord of Ice, who exerts direct control over the construct to force it to do twisted and evil things, betraying any morals or any allegiance the person may have held with their own hands. Phylactery constructs are generally made out of suits of armor, or sometimes out of the dense primordial ice with which Covrudurth constructed his lair in the tundra. Either way, they’re exceptionally heavy, extremely strong, and very durable. They also tend to be rather large, to further enhance their weight and combat prowess. Their true strength, however, lies in how difficult it is to truly destroy one. Each individual piece of a phylactery golem requires a sentient sacrifice to be forged, and the full magical energy of each soul is stored in that piece, and the final soul is placed into the armor, binding them all together and controlling the construct. In practice, this means that every piece must be melted down in order to banish the thing fully, and if not, the body will merely regrow over a period of a couple weeks. For this reason, they’re sometimes referred to as “Headless Constructs,” as their creators pull the helm of the creation off and keep it somewhere safe, allowing the construct to regrow from the helm if its body is ever destroyed. Those golems created by Covrudurth himself, out of the nevermelting primordial ice are nigh indestructible, as they will grow back, over the course of months or even years, from a single sliver of the remaining ice. There are, however, a set of scarcely known Truths, which are said to be able to disenchant the construct and free the souls within, though most phylactery golems find themselves magically compelled to resist any attempts at performing the necessary ritual to free them. Finally, almost all armor constructs are built with a specific Truth woven into the very fabric of their new being, one which, if someone knows it, they can fully control the construct, mind, body, and soul.

Location
Almost always found in service and company of powerful necromancers. Occasionally they are sent on missions to retrieve something of great value or to slay a dangerous target.

Behavior
They do not eat, they do not sleep, they perform only as they are directed unless they are not being controlled by their creator, in which case they tend to behave as the person they were before did, unless their experiences as a Phylactery Construct warped them beyond recognition, a common fate.

Danger Level
Extreme. Though they are not necessarily hostile, a hostile Phylactery Golem is a terrifying foe indeed, and they tend to have no qualms, or rather, are incapable of expressing their qualms in any way about using violence to achieve their goals.

Weaknesses
Can be controlled with the proper Truth, typically unwilling participants in whatever they’re doing, and will sometimes attempt to help those who they face, if at all possible. 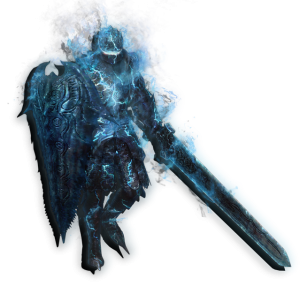