Description
Imps are repugnant little creatures, about a meter tall, which look much like tiny, emaciated, dark-red skinned humanoids with short, wickedly sharp horns and a stinger for a prehensile tail which is as long as they are tall. A pair of wings which are just large enough to bear them aloft adorns their back, and though they appear to be humanoid in form, their faces are typically twisted, garish and ugly things, more akin to that of a bat’s. Their hands end in wicked little claws, and their mouths are full of rows and rows of vicious looking teeth. Generally speaking, they hunt for small animals, or in groups for large ones, to drag back to the Meat Sludge which spawned them so that they might feed their progenitor. If possible, they tend to bring things back alive, as they seem to enjoy cruelty. They will only attack something larger than themselves in groups, and they are naturally cowards, relying on ambush tactics and fleeing if the odds seem against them. The venom stored in their tail is paralytic, though weak, generally requiring several stings all over the body to fully immobilize a target, though local paralysis results anywhere they sting a person. They only eat the meat sludge which spawned them, and only after they’ve successfully brought something back to feed the sludge.

Location
Anywhere, though usually not far from a meat sludge.

Behavior
Vicious, pack hunters. Generally they will attempt to paralyze a foe and bring it back to their sludge to be eaten.

Danger Level
Low, though they are dangerous in large groups. 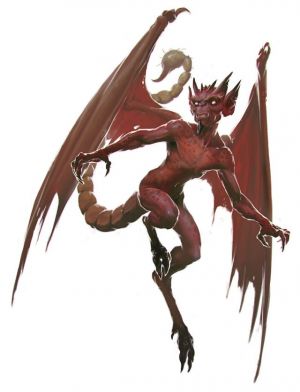