Description
Those who are supernal in their professions, capture the hearts and minds of their peers, or, through their actions, build a life truly worthy of story, earn recognition in the Dream and do not find themselves sent to that place which recycles souls back into the magics of the world. Instead, they Awaken in the Horde, the place between the Primordial Dream and the material plane, where heroes go to rest, that which is lost is found, and the greatest of all who ever lived find rest eternal. In this place, they find mastery over their crafts in the endless years they have before them. Though, in the mind of the Awakened Spirit, not a moment passes between their death and when they find themselves in their prime in the Horde, on the material plane, between 200 and 1,000 years have passed. Even this breadth of years is not enough to dissuade some Awakened Spirits, who somehow find their way, against the rules of the place, onto the Material Plane. In this way, they are much alike the lesser ghosts who are trapped on the plane, searching to complete some purpose left unfinished in life, but to say that they are a mere ghost is to compare a globe of Gaia to the planet herself. They are powerful, physical presences with access to ancient, mostly long-forgotten Truths, and generally goods made by the best smiths in all of Creation. Most have learned and forgotten more stories and history than the full of the Armusian Church’s logs contain. But even with all this power, an Awakened Spirit cannot undo, or prevent the doom that follows their kind onto the material plane, no matter how long they delay it. Generally, this doom comes in the form of demonic and celestial invasions, first by few, and then by many, until the Spirit has perished and been sent to the same long rest which most mortals achieve after death.

Behavior
Heavily dependent on who they were in life.

Danger Level
Extreme. Even if an Awakened Spirit itself is non-hostile towards you, the demons and celestial beings which follow will not be.

Strengths
Highly dependent on who they were in life, though generally they have access to many Truths from their adventure in leaving the Horde

Weaknesses
Highly dependent on who they were in life, though they are marginally more affected by Truths. 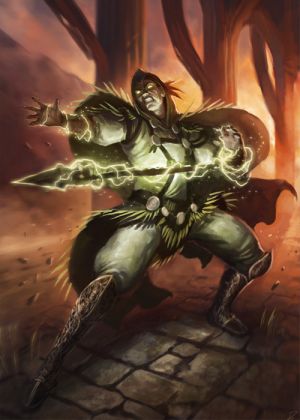